In King's Park we have a Key Stage 2 House competition. Pupils earn House points in all aspects of school life. Find out more at the bottom of the page. 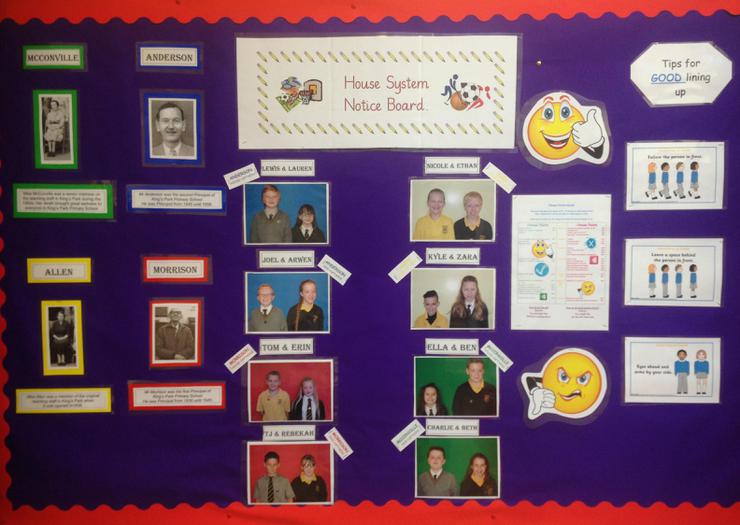 Where did the House Competition come from?

On 1st January 1957 Mr. Mailey became the 3rd Principal of King's Park Primary School. He was the man that introduced the House Competition to our school. The Houses were named after 4 former members of staff.

The Red House is called Morrison after Mr. Morrison who was the first Principal of King's Park Primary School. He was Principal from 1936 until 1945.

The Blue house is called Anderson after Mr. Anderson who was the second Principal of King's Park Primary School. He was Principal from 1945 until 1956

The Green house is called McConville after Miss McConville who was a senior mistress on the teaching staff in King's Park during the 1950’s. When she died it brought great sadness to everyone in King's Park Primary School.

The Yellow house is called Allen after Miss Allen who was a member of the original teaching staff in King's Park when it was opened in1936.

The Government decided that it would be a better idea to have 1 big school.

Miss Allen was a teacher at Windsor Avenue School before moving to King's Park. She retired just before Mr. Mailey invented the House Competition.